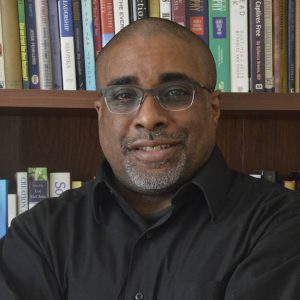 Of course I heard the name Jesus when I was growing up. My parents made me go to church every Sunday when I was a child. That name was common. But it was just that a name. Jesus was a man that lived a long time ago. He was important, I just wasn’t sure why. In fact I remember very little of those Sundays. One thing I do remember very clearly is an incident that occurred one morning while sitting in Mrs. Young’s Sunday school class. I was acting up a usual when she walked up to me and pointed her old bony finger in my face and said “if you sin, you are going to hell.” I figured why bother, I might as well bust hell wide open.

That was the beginning of my downward spiral. I drifted further away from God toward a life style of rebellion and debauchery. My teenage years were a blur of marijuana and alcohol. I remember stealing my brother’s car when I was around 19. He only had the car for 3 days when I stole his keys and decided to drive from DC to New York on a tank of gas and a case of beer. I never made it out of DC before wrecking the car in an accident that surely should have killed me. I also remember being hospitalized for three days as a teenager for alcohol poisoning. A stranger actually found me literally laying in the gutter. He lifted me out of the gutter and took me home. My parents sent me away to GA to live with my grandparents in an attempt to remove me from my negative influences.

After finishing school I joined the Navy and saw the world. As a young man in Asia I participated in every type of vice I could conceive. I became an alcoholic and worse, a professing atheist. I not only turned away from God but I was openly hostile to anything Christian. My alcoholism increased as well as my insatiable appetite for sin.

Soon after my conversion, God supernaturally delivered me from alcohol and gave me a passion for apologetics, that I might reach those who are now as lost as I once was.

I often think back to my childhood and of the man that pulled me out of the gutter when I was a mere youth. He later said that he initially walked right on by after hearing me asking for help. But he could not leave me there and came back and lifted me out of the gutter. I am grateful to that man; but even more grateful to another man who also lifted me out of a spiritual gutter. He took me, cleaned me up and called me his own. It is to that second man, Jesus, that I owe everything.

How Giving an Answer Got Started

While watching the local cable access channel one day, I became grieved at the state of the Church. There was very little true biblical teaching that I saw. There was an abundant of unbiblical and self aggrandizing teaching. There were also a number of shows from various religious and cultic groups. I did not see one show that defended the historic Christian faith.

Now when I say “historic Christian faith,” I am talking about the faith passed down from the apostles through the church leaders throughout history. Much of what we see on TV now is a “new gospel.” It is a self-serving gospel that surrounds man, not God. It is a gospel that encourages people to join because Jesus can solve all of their problems.

The historic gospel is one of repentance, not self-serving self-centered gratification. We need salvation because we are sinners who need to be forgiven before a holy God. Sadly, many come into the church without acknowledging their sin and as a result the church has become a reflection of the culture. Instead of becoming salt and light and leading society, we merely emulate society. This is why the divorce rate is the same, if not higher, in the church than in society at large. This is also why so many Christians vote based on how a political candidate might benefit them instead of voting biblically on moral issues. It is a me Christianity. Oh how far we have strayed from words of Christ “If anyone would come after me, he must deny himself and take up his cross and follow me” (Mark 8:34). No longer do we come to the table of God to fellowship with the All Mighty but because we want something from the table, whether it is healing or prosperity. God has simply become another means to the end and not the end itself. One of my favorite passages in the Bible is what God said to Abraham “I am your shield, your very great reward” (Gen. 15:1). He is our reward, not was He does for us.

Not one show, that I was aware of, presented or defended basic Bible doctrine. There is a growing need in our country to be able to defend our faith. No longer can we simply say to someone “because the Bibles says so.” They will want to know why they should trust the Bible as authoritative. Christians should be able to answer this as well as other questions about their faith. Christians should be able to defend their beliefs in the market place of ideas. Out of this Giving An Answer was born.

Giving An Answer first aired on local public access cable July 1, 2004. It is apologetically based, meaning its purpose is to defend the historic Christian faith. It started out with me teaching the Twelve Points that Prove that Christianity is True. I filmed the show from my living room on my dining room table. Starting in September 2004, I changed the show to its current format which is a talk show. The show is now filmed at the studio at the public access studio in Charlotte NC. I usually invite a guest and we talk on a topic that I think is of apologetic value. These topics has thus far included the attributes of God, Moral Relativism, Creation of the Universe, Abortion, Christian in Politics, The Trinity, The Problem of Evil and more.

Keep me and Giving An Answer in your prayers. God Bless.